Featured Prose Birgit Reizevoort Home is where the heart is 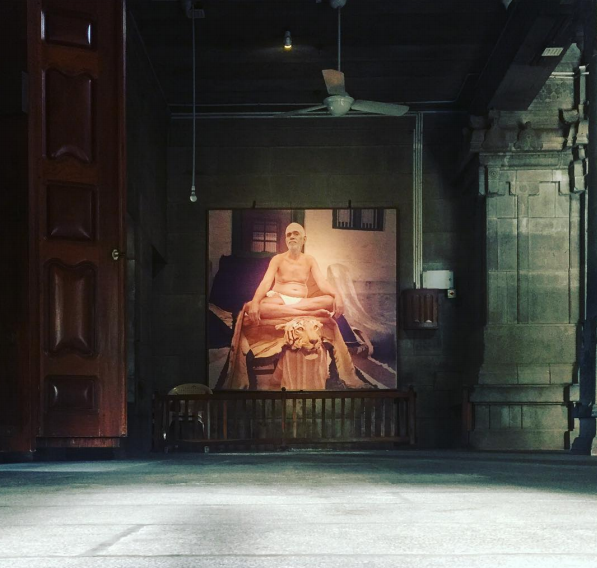 I hold my breath and I look at my laptop screen. Nothing but a blinking cursor on a white background. My words don’t flow. I so desperately want them to flow, but somehow, they don’t. They haven’t been flowing for weeks and now I am about to miss the deadline, disappointing my friend’s friend. He asked me to write about my love for Arunachala and my devotion to Sri Ramana, which are actually my favorite topics to talk about. Ever since I’ve been back in Amsterdam, I have been raving on and on about Bhagavan to everybody who wanted to listen.

But now, my words seem to have all dried up.

I breathe out deeply and look up, out the window. It’s only 4:30 PM, but it’s already getting dark. December days are short on this end of the globe. On top of that it’s raining. Maybe that’s why nobody seems happy? I see people rushing down the street, most of them by bike, some of them clenching an umbrella. All are pedaling like their lives depend on it, thinking they have places to go to, goals to achieve, expectations to fulfill — their minds endlessly racing. In this urban jungle, it’s each man to himself.

This is where I grew up.

A city famous for its freedom, with plenty of opportunities for men and women alike. It lies embedded in a society that values the mind over the heart. A society that has forgotten that, as human beings, our evolution is a spiritual as well as a Darwinian one. A society where it’s more common to look for happiness outside than in, creating a huge drive to create material wealth. I guess I just have a different definition of freedom.

This is probably why I never truly felt like I belonged. I remember early adulthood, trying to make myself fit in, pursuing a career. It felt like I was pushing a square shaped object through a circular opening. At 28 s I collapsed. Was this what life was supposed to be? A deep, deep sadness nearly got the better of me. It was then when an Angel introduced me to yoga. She is now a close friend. After all these years, I found a place where everything I had intuitively known and that I had been pushing away was allowed to exist. I learned to feel my body and then I learned I’m not the body, opening my heart more and more with each class I took. I had – and still have – the most loving teacher one could wish for. She goes by the name of Ganga. On the wall of her small studio in the heart of Amsterdam, she had a photo of an old man put up. It was in black and white, and the man was wearing nothing but a linen cloth on his lower body and an extremely friendly look on his face. Ganga had us close our eyes and meditate on the question ‘Who am I’.

I was intrigued. But it wasn’t until last September until it finally clicked. It was three months after my 36th birthday. Having been away from Amsterdam for eight months, I had been spending seven days at Bhagavan’s ashram, completely mesmerized by his image. Many hours I just sat there, quietly immersed in his presence. In that silence Bhagavan spoke to me. Although he used a language beyond words, my heart instantly understood. It grew, it grew, and it grew until it exploded, covering the entire Universe in joy. My upper body dropped to the floor, arms stretched out in surrender. Tears, salty and thick, dripping down my cheeks, onto the floor. So much love, so much love, so much love, so much love.

I was home. I had always been. And apparently the well of my words was never dry.

Originally from Amsterdam, Birgit Reizevoort travels the inner and outer world while writing and teaching yoga. She can be reached at birgitreizevoort@gmail.com.